Introduction
Ethanol, also known as ethyl alcohol (or grain spirits, or alcohol), is a clear colorless, volatile, flammable solvent with a characteristic odor. The boiling point of ethanal is 78.5°C. The bio-alcohol is found in alcoholic beverages. Concentrated alcohol has a strong burning taste, but it is somewhat sweet when diluted. It is also increasingly being used as a fuel (usually replacing or complementing gasoline). Its low melting point of -114.5° C allows it to be used in antifreeze products. 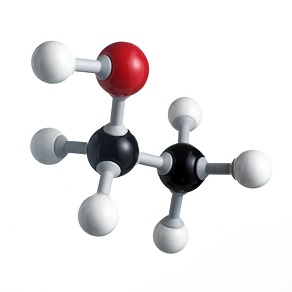