Drugs inhibiting the secretion of gastric acid
Nizatidine is a drug successfully developed by Eli Lilly Company (United State) for inhibiting the gastric acid secretion. In 1987, it was first approved for entering into the market of the United States with the trade name “aixi”. Nizatidine, as a kind of potent H2 receptor antagonist, acts on the gastric acid secretion cells and blocks the formation of stomach acid, leading to the reduction of the gastric acid. It can also inhibit the gastric acid secretion resulting from food and chemical stimuli such as gastrin and acetylcholine. The potency is similar to that of ranitidine and superior to that of cimetidine. Clinical studies have shown that the drug can significantly inhibit gastric acid secretion at night for as long as 10 h. Under normal conditions, the drug does not affect the activity of pepsin in the gastric juice but may affect the secretion amount. It has no female antiandrogen effect. It causes no adverse reactions to the cardiovascular nerve and endocrine system, nor does affect the activity of hepatic cytochrome P450 oxidase. It has good oral absorption with the bioavailability being greater than 90% with PBP accounting for 30% and another 30% binding to the cells. t1/2 is about 1.3h with 90% to 100% excreted from the urine within 16h after the treatment, of which 65% to 75% is in the form of prototype, 6% is in the form N2-oxide, 8% is the N2-single demethylation compound. The saliva concentration is only about 1/3 of the plasma. The elimination half-life of the patients of renal failure patients is about 7h. Mild to moderate damage of the liver damage does not affect the metabolism of this product.
[Indications] it is suitable for the treatment of gastric and duodenal ulcers, gastroesophageal reflux disease and prevention of the recurrence of duodenal ulcer.
[Usage and dosage] Oral: stomach and duodenal ulcer; apply single administration of 300 mg before sleeping with the treatment course lasting for 4 to 8 weeks. You may also administer per time in both morning and evening with the dose of 150 mg each time; the maintenance dosage for the treatment of duodenal ulcer is 150 mg per night; for the treatment of gastroesophageal reflux disease, take 150 mg each time with 2 times per day and the treatment course should be more than 12 weeks; for prevention of ulcer, administer 150 mg once before sleeping. 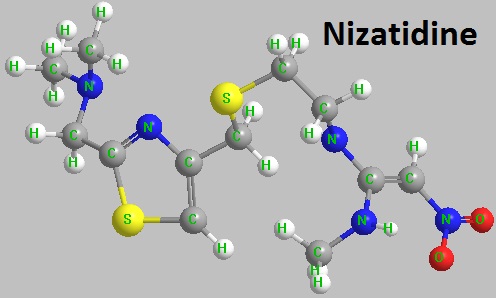