1,2-Dichloroethane, also called ethylene dichloride (EDC), is a manufactured chemical that is not found naturally in the environment. It is used principally to synthesize vinyl chloride, which is further used to produce a variety of vinyl based plastics products, such as polyvinyl chloride (PVC) pipes, furniture, automobile upholstery, wall coverings, housewares, and automobile parts. It is used in solvents in closed systems for various extraction and cleaning purposes in organic synthesis. It is used as a leaded gasoline additive to remove lead, but with declining tendency. It is used as a dispersant in rubber and plastics, as a wetting and penetrating agent. It was used in ore flotation, as a metal degreaser, and in textile and PVC cleaning. It was also used as an insect fumigant for stored grains and in mushroom houses, a soil fumigant in peach and apple orchards. But due to its toxicity, it is no longer registered for use as an insect fumigant in the United States (IARC 1999). 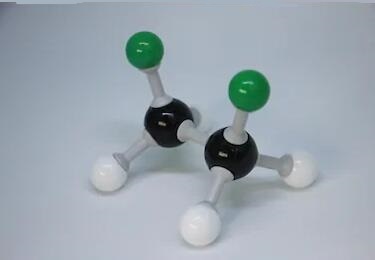 1,2-Dichloroethane is a clear and colorless, flammable liquid which has a pleasant, chloroform-like odor, and a sweetish taste. Decomposes slowly: turns dark and acidic on contact with air, moisture, and light. The Odor Threshold is 100 ppm.It is a volatile compound. It is relatively insoluble in water (8.6 × 103 mg/l at 25 °C) but soluble in various organic solvents and is miscible with alcohol, chloroform, and ether (NLM, 2013).

In 1794, physician Jan Rudolph Deiman, merchant Adriaan Paets van Troostwijk, chemist Anthoni Lauwerenburg, and botanist Nicolaas Bondt, under the name of Society of Dutch Chemists (Dutch: Gezelschap der Hollandsche Scheikundigen), were the first to produce 1,2-dichloroethane from olefiant gas (oil-making gas, ethylene) and chlorine gas.[6] Although the Gezelschap in practice did not do much in-depth scientific research, they and their publications were highly regarded. Part of that acknowledgement is that 1,2-dichloroethane was called "Dutch oil" in old chemistry. This is also the origin of the archaic term "olefiant gas" (oil-making gas) for ethylene, for in this reaction it is ethylene that makes the Dutch oil. And "olefiant gas" is the etymological origin of the modern term "olefins", the family of hydrocarbons of which ethylene is the first member.

Ethylene dichloride (1,2-dichloroethane), otherwise known as EDC, is produced by reacting chlorine or anhydrous hydrochloric acid with ethylene. The largest single use for EDC is the production of vinyl chloride monomer, which is used to produce poly vinyl chloride (PVC). EDC can also be used in the manufacture of other organic compounds, and as a solvent. Ethylene dichloride is a colorless, oily liquid with a chloroform-like smell. It has many uses in industry, with principal ones being the following:
As an intermediate in the manufacture of methyl chloroform, perchloroethylene, ethylene amines, polyvinyl chloride (PVC), sulfide compounds, vinyl chloride, and trichloroethane.
As an additive in gasoline (used as a lead scavenger), pharmaceutical products, color film, and pesticides.
As a solvent for rubber, tobacco extract, paint, printing inks, and varnish.
Miscellaneous uses include as an ingredient in fingernail polish, for metal degreasing, in extracting spices, and as a dry cleaning agent.
Two of the major uses for this chemical are the manufacture of PVC and as a lead scavenger in gasoline. The process for making EDC begins with crude oil or natural gas and sodium chloride. The hydrocarbon raw materials are converted to ethene (ethylene), and sodium chloride is electrolyzed to pruduce chlorine.
2 NaCl + 2 H2O = Cl2 + 2 NaOH + H2
This electrochemical process is also the major industrial route for sodium hydroxide production, so essentially the only side product from this initial reaction is hydrogen gas, which is later converted to water. Once the ethylene is produced from the crude hydrocarbons, it is reacted with chlorine gas:
C2H4 + Cl2 - C2H4Cl (1,2-dichloroethane)
Although its common name would lead one to believe otherwise, EDC does not contain a double bond. In one of its major industrial processes, the manufacture of PVC, the following reaction is carried out:
C2H4Cl = C2H3Cl (vinyl chloride) + HCl
The HC1 produced in this reaction is recycled to be used in the first reaction by oxidation of the hydrogen-chlorine bond.
EDC is a carcinogen and a mutagen. Assessments of 1,2-dichloroethane are in progress under the authority of the Clean Air Act, Safe Drinking Water Act (SDWA), Toxic Substances Control Act (TSCA), and the Federal Insecticide, Fungicide, and Rodenticide Act (FIFRA). EDC is also listed under CERCLA as a hazardous material, and is required to be reported as such under Title III of SARA, otherwise known as the Community Right-to-Know Act.

The toxic symptoms from exposure to 1,2-dichloroethane include depression of the cen tral nervous system, irritation of the eyes,corneal opacity, nausea, vomiting, diarrhea,ulceration, somnolence, cyanosis, pulmonaryedema, and coma. Repeated exposure mayproduce injury to the kidney and liver. Inges tion of the liquid can cause death. A fataldose in humans may range between 30 and50 mL. The liquid is an irritant to the skinand damaging to the eyes.
LC50 value, inhalation (rats): 1000 ppm/7 hLD50 value, oral (rabbits): 860 mg/kg
1,2-Dichloroethane tested positive to thehistidine reversion–Ames test and othermutagenic tests. The compound is carcino genic to animals. Inhalation or oral adminis tration caused lung, gastrointestinal, and skincancers in mice and rats.

Biological. Methanococcus thermolithotrophicus, Methanococcus deltae, and Methanobacterium thermoautotrophicum metabolized 1,2-dichloroethane releasing methane and ethylene (Belay and Daniels, 1987). 1,2-Dichloroethane showed slow to moderate biodegradative activity with concomitant rate of volatilization in a static-culture flask-screening test (settled domestic wastewater inoculum) conducted at 25 °C. At concentrations of 5 and 10 mg/L, percent losses after 4 wk of incubation were 63 and 53, respectively. At a substrate concentration of 5 mg/L, 27% was lost due to volatilization after 10 d (Tabak et al., 1981).
Photolytic. Titanium dioxide suspended in an aqueous solution and irradiated with UV light (λ = 365 nm) converted 1,2-dichloroethane to carbon dioxide at a significant rate (Matthews, 1986).
The rate constant for the reaction of 1,2-dichloroethane and OH radicals in the atmosphere at 300 K is 1.3 x 10-11 cm3/molecule?sec (Hendry and Kenley, 1979). At 296 K, a photooxidation rate constant of 2.2 x 10-13 cm3/molecule?sec was reported for the reaction with OH radicals resulting in a half-life of 1.7 months (Howard and Evenson, 1976).
Chemical/Physical. Anticipated products from the reaction of 1,2-dichloroethane with ozone or OH radicals in the atmosphere are chloroacetaldehyde, chloroacetyl chloride, formaldehyde, and ClHCHO (Cupitt, 1980).