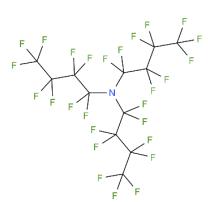 Figure 1 The structure of Perfluorotributylamine

The fluorination of tri-n-butylamine was carried out in a solution-phase luorination reactor that has been described in the literature. The reactor was filled with 350 ml of 1,1,2-trichlorotrifluoroethane (Freon® 113) and 30 g of NaF (0.714 mol), then cooled to 15 °C. The reactor was then purged with N2 (200 cm3/min) for 1 h. Tri-n- tylamine (2.21 g, 0.0119 mol) was dissolved in 150 ml of Freon® 113 inside a round bottom flask, and then pumped into the purged reactor at a rate of 25 ml/h. During the ddition of tri-n-butylamine to the reactor, a N2/F2 mixture was bubbled through the reactor at a rate of 200, and 50 cm3/min, respectively. After the solution containing tri-n-butylamine was completely pumped into the reactor, the N2/F2 flow rate and the temperature were kept constant for an additional 60 min. The flow rate was changed to 50, and 0 cm3/min N2/F2, respectively, and the reactor was allowed to purge for 4 h. The solution was then filtered to remove any NaF or NaHF2 and the solvent was distilled off.

Figure 2 The synthesis of Perfluorotributylamine

Molybdenum-loaded HZSM-5 zeolites are promising catalysts for the conversion of methane to benzene under non-oxidative conditions. The acidic sites in HZSM-5 zeolites are thought to play an important role in the aromatization of the primary product, ethylene, to benzene. Until now, it has not been easy to distinguish the internal and external acidic sites in zeolites and to obtain quantitatively the concentration of acidic sites on the external surface of zeolites, though some methods such as IR spectroscopy have been developed for the characterization of the external acidic sites of zeolites using base molecules with different sizes. High-resolution 1H MAS NMR is a direct and senstitive tool able to characterize the local environment of protons in zeolites, and different acidic sites can be distinguished by chemical shifts induced by selective adsorption of certain probe molecules. Here we use 1H MAS NMR spectroscopy for quantitative determination of external acidity, as well as the position of non-acidic hydroxy groups (silanols) and some non-framework Al species of the zeolites, using perfluorotributylamine [(n-C4F9)3N] as a probe molecule. Perfluorotributylamine is a weakly basic molecule with a diameter of 0.94 nm, and is much larger than the pore size of microporous zeolites such as ZSM-5 (0.55 nm) and Y (0.74 nm). NaZSM-5 zeolite samples with controlled particle sizes were prepared by varying the duration and temperature of crystallization as well as the amount of alkali metal salt such as NaCl. Fully exchanged HZSM-5 with a Si/Al ratio of 28 (determined by 29Si MAS NMR, and consistent with the value of 25 obtained by inductively coupled plasma analysis) was obtained by ion exchange of NaZSM-5 with a 0.4 M aqueous solution of NH4NO3. A Mo-HZSM-5 sample was prepared by impregnating the above-mentioned HZSM-5 zeolites (average particle sizes 70 nm by transmission electron microscopy) with an aqueous solution of (NH4)6Mo7O24, and calcined in air at 773K.