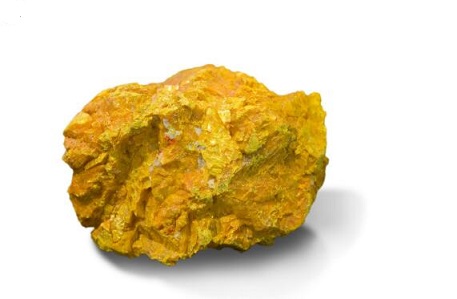 Unlike the environmental exposures, where the health concerns are mainly to arsenite/arsenate from oral exposures (e.g., drinking water, food), occupational exposures can occur from many types of arsenic compounds introduced via inhalation and dermal contact. Dermal exposure has been reported from application and handling of pesticides containing arsenicals (e.g., copper chromated arsenic-treated wood). Differences in the exposure routes, metabolism, disposition, and toxicity of these various arsenical compounds in occupational settings (inorganic arsenic oxides, organoarsenicals, arsine, arsenides) must be considered in evaluating the health concerns of the workers (Carter et al., 2003).

U.S. production of arsenic compounds (e.g., arsenic trioxide) ceased in 1985, thus now all arsenic consumed in the United States is imported. Arsenic is imported mainly from China and to some extent from other countries. In 2005, the United States remained the major consumer of arsenic compounds. About 65% of domestic consumption of arsenic trioxide was used for the production of CCA used in wood preservatives. The remainder was used for the production of agricultural chemicals, including herbicides and insecticides (ATSDR, 2007). The use of arsenic compounds as pesticides has been reduced in the past few years due to voluntary cancellation of residential uses of CCA-treated wood (USEPA, 2008). However, copper chromated arsenic-treated wood is still used in industrial and agricultural settings. The United States Environmental Protection Agency (EPA) has also made restrictions on herbicidal uses of organoarsenicals (USEPA, 2006). With the increased use of arsenic in electronic industries, occupational exposures from arsenide (e.g., gallium arsenide) are likely; however, the toxicities of these arsenides are not well studied.

Exposures to arsenical compounds are commonly monitored by measuring total or speciated arsenicals in urine. Speciated arsenicals are preferred in exposure assessment to differentiate background arsenic exposures from food (e.g., arsenobetaine in seafood) to that introduced by occupational exposures. Arsenical exposures are also measured in blood to a limited extent. Because inorganic arsenic binds to sulfhydryl groups, keratin-rich tissues such as skin, hair, and nails, may also serve as indicators of arsenic exposures. However, external contamination may pose a problem in interpretation of the results (ATSDR, 2007).

The World Health Organization (WHO) reported a wide range of airborne arsenic concentrations in various departments of smelter operations (WHO, 2001). The exposure levels may vary depending upon the departments, the operations, and industrial hygiene measures. Farmer and Johnson (1990) measured total and speciated arsenic in urine samples collected from workers in different types of United Kingdom industries. Mean urinary arsenic (total arsenic) concentrations ranged from 4.4 μg/g creatinine for controls to <10 μg/g for those in the electronics industry, 47.9 μg/g for timber treatment workers applying arsenical wood preservatives, 79.4 μg/g for a group of glassworkers using arsenic trioxide, and 245 μg/g for chemical workers engaged in manufacturing and handling inorganic arsenicals. The speciation measurements of arsenic in urine samples for the most exposed groups indicate 1–6% As(V), 11–14% As(III), 14–18% monomethylated metabolite, and 63–70% dimethylarsinic acid. In another study conducted in the United Kingdom, evidence of increased urinary levels of total inorganic arsenic from timber treatment workers exposed to CCA wood preservatives were reported, after adjusting for seafood intake, compared to control subjects (Cocker et al., 2006). The urine and blood arsenic concentrations were also increased in incinerator workers compared to control subjects (Chao and Hwang, 2005).

In addition to urinary arsenic measurements, other urinary biomarkers have been examined in arsenic-exposed workers. These other biomarkers may not be specific to arsenic since other pollutants may influence these effects. For example, increased urinary excretion of porphyrins (uroporphyrin and coproporphyrin) has been reported in 84 smelter workers (Feldman et al., 1979; Telolahy et al., 1993). Also, 8- oxodGuo (e.g., 8-oxo-7,8-dihydro-2´´deoxyguanosine), biomarker of oxidative DNA damage, was found elevated in urine samples from 50 smelter workers compared to 40 unexposed workers (Blom et al., 1985; Hu et al., 2006).

In this study, Hu et al. (2006) demonstrated a positive correlation between 8-oxodGuo and monomethyl arsenic acid in urine as well as primary methylation index, supporting the existing evidence that accumulation of monomethyl arsenic may play a significant role in arsenic-mediated adverse effects. A positive association between blood arsenic levels and DNA damage in leukocytes and increased frequency of micronuclei in buccal cells was reported in glass workers (Vuyyuri et al., 2006). The measurement of biomarkers of oxidative damage is less commonly used in biomonitoring compared to measuring urinary arsenic and its metabolites in workers. 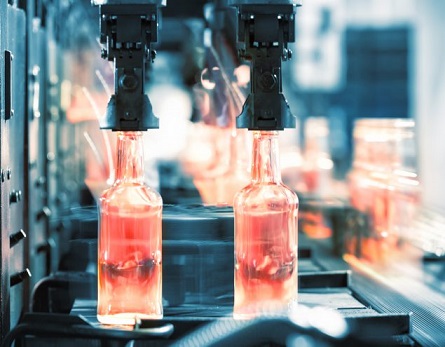 Arsenic occurs naturally in a wide range of minerals in soils. It is the main constituent of more than 200 mineral species, and the most common of the arsenic minerals is arsenopyrite. It has been estimated that about one-third of the atmospheric flux of arsenic is of natural origin. Volcanic action is the most important natural source of arsenic, followed by low temperature volatilization. Mining, smelting of nonferrous metals, and burning of fossil fuels are the major industrial processes that contribute to anthropogenic arsenic contamination of the air, water, and soil. Concentrations of arsenic in air in remote locations range from <1 to 3 ng/m3, but concentrations in cities may range up to 100 ng/m3. Arsenic levels in groundwater average about 1–2 μg/l, except in areas with volcanic rock and sulfide mineral deposits where arsenic levels can range up to 3400 μg/l (Ferreccio et al., 2000). Surveys of arsenic concentrations in rivers and lakes indicate that most values are below 10 μg/l (WHO, 2010). Concentrations of arsenic in open ocean water are typically 1–2 μg/l. Drinking water in the United States generally contains an average of 2 μg/l of arsenic. Natural levels of arsenic in soil range from 1 to 40 mg/kg, with a mean of 5 mg/kg, with much higher levels occurring in mining areas, at waste sites, near high geological deposits of arsenic-rich minerals, or from pesticide application (ATSDR, 2007). Sediments in aquatic systems often have higher arsenic concentrations than that of water. Most sediment arsenic concentrations reported for rivers, lakes, and streams in the United States range from 0.1 to 4000 mg/kg, with higher levels occurring in areas of contamination (Franzblau and Lilis, 1989). Arsenic concentrations of <10,000 mg/kg (dry weight) were found in surface sediments near a copper smelter (ATSDR, 2007;WHO, 2001).

Arsenic is also found in many foods at concentrations ranging from 20 to 140 μg/kg. Total arsenic concentrations may be substantially higher in certain seafoods. The general impression in the literature is that about 85 to >90% of the arsenic in the edible parts of marine fish and shellfish is organic arsenic (e.g., arsenobetaine, arsenochloline, dimethylarsinic acid) and that approximately 10% is inorganic arsenic (USEPA, 2003).

NIOSH (2009) classifies elemental arsenic and inorganic arsenic compounds as potential occupational carcinogen. Table 7.2 lists the permissible and recommended exposure limits for arsine and arsenic compounds.
U.S. EPA
Inorganic Arsenic The U.S. EPA published the maximum contaminant level (MCL) of 0.01 mg/l (10 ppb) and maximum contaminant level goal (MCLG) of zero for arsenic on January 22, 2001 (USEPA, 2001). The MCL for arsenic was set at the level at which lung and bladder cancer reduction benefits were maximized at a cost that was justified by the benefits.

The reference dose (RfD) for inorganic arsenic for oral exposure is 0.0003 mg/kg/day, and this is based on hyperpigmentation, keratosis, and possible vascular complications in a large number of southwest Taiwanese subjects from blackfoot disease endemic area for arsenic (USEPA, 1993).

The EPA concluded that inorganic arsenic is a human carcinogen from oral and inhalation exposures. An oral cancer slope factor for inorganic arsenic of 1.5 per mg/kg/day was derived based on skin cancers observed in a large Taiwanese cohort exposed to arsenic via drinking water (USEPA, 1993). A chronic reference (RfC) concentration for arsenic exposure via inhalation was not provided. The inhalation unit risk was determined as 0.0043 per μg/m3 based on the respiratory cancer mortality observed in smelter workers. This cancer risk estimate corresponds to the air arsenic concentration of 0.0002 μg/m3 for 1 in 1,000,000 cancer risk.

Arsine The U.S. EPA Integrated Risk Information System (IRIS) assessment indicates the chronic inhalation reference concentration of 0.05 μg/m3 based on increased hemolytic effects and spleen changes in animal models (USEPA, 1994).Organoarsenicals The U.S. EPA Office of Pesticide Programs (USEPA, 2006) derived a chronic RfD of 0.03 mg/kg/ day for MMA based on decreased body weights, diarrhea, body weight gains, food consumption, histopathology of gastrointestinal tract and thyroid in rats, and 0.014 mg/kg/ day for DMA based on regenerative proliferation of the bladder epithelial tissue in rats. For carcinogenicity effects, EPA determined that there was “no evidence for carcinogenicity” for MMA and that DMA was “not carcinogenic at doses that do not result in enhanced cell proliferation” (USEPA, 2006).

No inhalation risk levels were determined for inorganic or organic arsenical compounds. However, ATSDR (2007) determined oral toxicity values for potential noncancer effects associated with exposure to inorganic and organic arsenical compounds. The acute oral minimal risk level (MRL) for inorganic arsenic was determined as 0.005 mg/ kg/day based on edema of the face and gastrointestinal effects (nausea, vomiting, diarrhea) observed in humans exposed to arsenic-contaminated soy sauce in Japan. The chronic oral MRL of 0.0003 mg/kg/day was based on skin lesions (hyper pigmentation and hyperkeratosis) observed in southwest Taiwanese populations exposed to arsenic in drinking water.

Other Standard Regulations and Guidelines

As a collaborative effort with public and private sectors in handling emergency situations, the U.S. EPA (USEPA, 2010) has derived the acute exposure guideline levels (AEGLs) for arsine and these values.

WHOguidance criterion for arsine was derived as 0.05 μg/m3 based on the hematological effects observed in animal models (WHO, 2002). WHO recommends a provisional guideline for drinking water of 10 ppb because of scientific uncertainties in the assessment (WHO, 2010).

The inhalation unit risk for inorganic arsenic is determined as 0.0033 per μg/m3. The inhalation slope factor is 12.0 per mg/kg/day based on lung tumors observed in smelter workers (CalEPA, 2009).