There is a natural aluminosilicate in nature with effects of molecular sieving, adsorption, ion exchange and catalysis. This natural substance is called zeolite with the synthetic zeolite also known as molecular sieves.

Zeolite chemical composition formula: (Mn+) 2/nO • Al2O3 • xSiO2 • pH2O, M represents a metal ion (usually Na in the artificial synthesis), N represents a metal ion valence, x represents the number of moles of SiO2, also known as silica to alumina ratio, p represents the number of moles of water. The most basic structure of the crystalline zeolite backbone is the tetrahedra SiO4 and AlO4, through the binding of common oxygen atoms to form crystals with three-dimensional network structure. This combination forms, constitutes cavities and channels of molecular level and uniform pore size. Owing to the different structures and different forms, "cage" shaped holes can be divided intoα, β, γ, hexagonal prism and faujasite. The crystal structure of A-type, X-type and Y-type zeolites is shown in Figure 1. 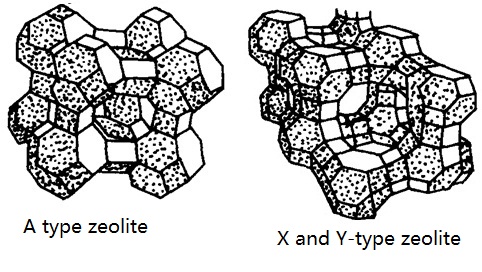 Figure 1 shows the main structure A, X, and Y-type zeolite

Since AlO4 tetrahedron has a negative charge, it can bind to sodium ions to become electrically neutral. In aqueous solution, Na+ is easily to be exchanged with other cations. Most kinds of the molecular sieve catalysts are the exchanges of polyvalent metal cations or H+. Zeolite has acidity and selectivity on the molecular size and can be used as a catalyst or carrier. Silicon and aluminum atoms, through constituting the oxygen ring through oxygen atoms, determine the zeolite pore aperture. The number of oxygen atoms per oxygen ring is 4 to 12. Generally, varieties of molecular sieving effect contain eight-membered ring (0.4 ~ 0.5nm), 10-MR (0.5 ~ 0.6nm) and 12-membered ring (0.7 ~ 0.9nm).

Eight-membered oxygen rings include Zeolite A (x = 2), T-type zeolite and ZSM-34 and the like. Their pore is very small with only straight-chain hydrocarbons being able to enter into the pores. Catalyst with molecular sieve as the catalytically active component or as major active component is known as molecular sieve catalyst. Zeolite having ion exchange properties, uniform pore molecular size, excellent acid catalytic activity and good thermal stability and hydrothermal stability. It can be made of catalysts with high activity and selectivity towards a number of reactions.

Molecular sieves can be widely used as solid absorbent in the chemical industry, petroleum industry and other relevant departments and experiments. After appropriate treatment (e.g. heating) can lead to desorption of the adsorbed substance with this process being called "regeneration", from which molecular sieve can be reused. Molecular sieves can be used for drying of both gases and liquids and the dehydration of the compound (remove the crystal water, or the hydroxyl and hydrogen atoms in two close compound molecules are removed in the form of water). Selecting the molecular sieve of appropriate molecular pore size can adsorb a specific substance in the mixture in order to achieve the purpose of isolation or purification.

Catalyst with zeolite as the active component can be called molecular sieve catalyst. The industry using the largest amount of zeolite catalysts is the cracking catalyst in the petroleum refining industry. There are also catalysts of other organic synthesis and other kinds of properties. Usually the molecular sieve catalyst contains only about 5 to 15% of molecular sieve with the rest of being matrix. The matrix is often comprised of a refractory inorganic oxide or the mixtures and the clay. The M in the general formula of zeolite is typically Na +, K +, Ca2 + with these ions may be partially or completely replaced by metal ions of smaller radius and more charges. In this case, the skeletal structure is essentially the same, but there is a great impact on the performance of the molecular sieve, enabling it to have a specific catalytic property. In recent years, the heteroatom molecule sieve formed through introducing other atoms (e.g., gallium, germanium, iron, boron, phosphorus, chromium, vanadium, molybdenum and arsenic) into the silico-alumininm backbone of the molecular for substitutions (or partially substitution) of silicon or aluminum have some special catalytic properties. In 1982, it was reported of the synthesis of aluminum phosphate molecular sieve series while in 1984, we saw the emergence of silicon aluminum phosphate-containing molecular sieves. Molecular sieve can also be used for the dewaxing operations of gasoline, jet fuel and diesel oil. This is called molecular sieve dewaxing.

The information is collected and edited by Xiaonan from ChemicalBook.

Click on the specific product, view the latest prices of the products, information, serving information