Regorafenib—a small molecule tyrosine kinase inhibitor, which molecular formula is C21H15ClF4N4O3•H2O, and the molecular weight is 500.83. The chemical structural formula of reforafenib is shown in Figure 1. It is almost insoluble in water, slightly soluble in organic solvents such as acetonitrile, methanol, ethanol, acetone, etc. The color is light pink under normal conditions.

Regorafenib (BAY 73-4506, Stivarga®) is a new oral small molecule multi-kinases inhibitor. It can inhibit the target kinases associated with angiogenesis and tumorigenesis. The pathway influenced by regorafenib and the biomarkers for monitoring the efficacy of regorafenib become hot spots. Because of its wide spectrum kinase inhibitory activity, the utilization of regorafenib in many clinical indications are also carried out extensively. Since regorafenib is approved with the box warning, its side effects can not be ignored.

Regorafenib (BAY73-4506) is a new type of multikinase inhibitor developed by Bayer, and is the first small molecule kinase inhibitor approved by the U.S. FDA on September 27, 2012 used for fast track colorectal cancer that develops and metastases after conventional treatment.

Regorafenib achieves good results in some patients with rectal cancer that are resistant to traditional chemotherapy, but not all rectal cancers are sensitive to it. Therefore, the pathway influenced by regorafenib and the biomarkers for monitoring the efficacy of regorafenib become hot spots. regorafenib has a novel oral inhibitor of broad-spectrum diphenylureas, which can broadly inhibit target kinases related to angiogenesis and tumorigenesis, such as vascular endothelial growth factor receptor VEGFR, tyrosine protein kinase receptors TIE-2 and Ret , Platelet-derived growth factor receptor PDGFR-β, tyrosine protein kinase c-Kit and serine / threonine protein kinase c-Raf encoded by proto-oncogene, basic fibroblast growth factor receptor bFGFR-1, and mitosis Protoactivating protein (MAP) kinase p38, etc., to play an antitumor effect. In a phase III trial of Bayer's treatment of aggressive colorectal cancer, regorafenib improved overall survival by 29% compared with placebo. In addition, regorafenib has a strong inhibitory effect on tyrosine protein kinases DDR2, Trk2A, Eph2A, RAF-1, BRAFV600E, SAPK2, PTK5, Abl and many other kinases. Because of its wide spectrum kinase inhibitory activity, the utilization of regorafenib in many clinical indications are also carried out extensively. Both of cell and animal experiments in vivo and in vitro show that it has a good inhibitory effect on a variety of tumors such as colorectal cancer, renal cell carcinoma, breast cancer, and liver cancer, etc. Since regorafenib is approved with the box warning, its side effects cannot be ignored.

In summary, regorafenib directly affects tumor cells by affecting the MAPK and NF-kB pathways. It also inhibits tumor growth through vascular growth-related signaling pathways such as VEGF-R. In different tumor cells, regorafenib has different targets for promoting apoptosis and inhibiting proliferation and metastasis. Its extensive kinase inhibitor activity makes it possess the tumor suppressive ability that a single kinase inhibitor does not have, but the incidence of adverse reactions also increases accordingly. In many clinical trials, a significant proportion of patients reduce the dose or even stop taking medication due to adverse reactions, which has limited the clinical application of regorafenib to a certain extent. Therefore, the next stage of research should focus on studying the action mechanism of regorafenib on a specific disease, and screening markers for predicting the efficacy of regorafenib, thereby improving the efficacy, reducing waste caused by ineffective treatment and improving the quality of patients’ life. 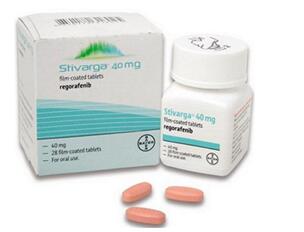 What is Oritavancin Diphosphate?
Mar 5, 2020