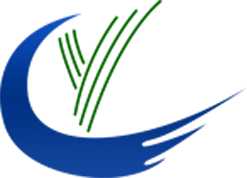 Potassium hydroxide is an inorganic compound with the formula KOH, and is commonly called caustic potash. Along with sodium hydroxide (NaOH), this colorless solid is a prototypical strong base. It has many industrial and niche applications, most of which exploit its corrosive nature and its reactivity toward acids. An estimated 700,000 to 800,000 tonnes were produced in 2005. Approximately 100 times more NaOH than KOH is produced annually. KOH is noteworthy as the precursor to most soft and liquid soaps as well as numerous potassium-containing chemicals.

Highly alkaline and corrosive. It absorbs carbon dioxide to make potash. The pH of 0.1 molar solution is 13.5. White rhombic crystal, industrial products for white or light gray block or bar. Soluble in water, soluble in ethanol, slightly soluble in ether.

It is used as raw material for potassium salt production, such as potassium permanganate, potassium carbonate, etc. In the pharmaceutical industry, it is used to produce potassium borohydride, aspartolone, shatanol, progesterone and testosterone propionate. Used in light industry to produce potash soaps, alkaline batteries, cosmetics (such as cold creams, creams and shampoos). In the dye industry, it is used to produce VAT dyes, such as reductive blue RSN. In the electrochemical industry, used for electroplating, engraving, etc. In the textile industry, it is used for printing and dyeing, bleaching and mercerizing, and is widely used as the main raw material for the manufacture of man-made fibers and polyester fibers. In addition, it is also used for metallurgical heating agent and degreasing of leather. Used as alkaline agent, hair color agent for cocoa products. Used for manufacturing compound fertilizer, pharmacy and electroplating industry. It can be used as catalyst for producing polyether, demulsifier, detergent, surfactant, etc. It can also be used in medicine, dyestuff, light industry and other industries.