What is the application of N-methylpyrrolidone?

N-methylpyrrolidone (NMP) is a polar aprotic solvent. It has the advantages of high boiling point, strong polarity, low viscosity, strong solubility, non-corrosion, low toxicity, good chemical and thermal stability, etc. It is mainly used It is used in the fields of aromatic extraction, purification and separation of acetylene, olefins, and diolefins, polymer solvents and polymerization solvents. With the rapid development of domestic polyamide, polyimide, polyphenylene sulfide and other high-strength engineering plastics and high-strength fibers, the quality and demand of N-methylpyrrolidone have been put forward higher requirements. 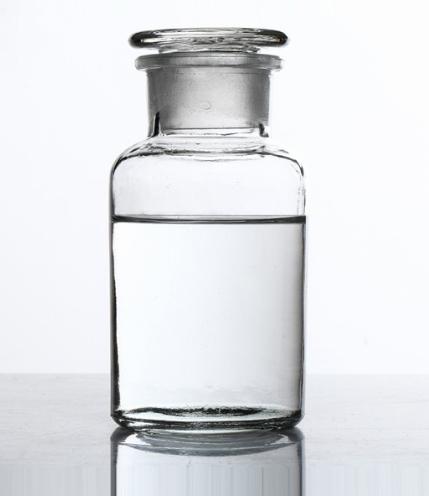 NMP (C5H9NO, molecular weight 99, boiling point 203°C) has a pH=7~9. It is weakly alkaline with a slight ammonia smell. It is a colorless to light yellow transparent oily liquid belonging to nitrogen heterocyclic compounds. It has good chemical stability. It is relatively stable in a neutral environment. Due to the pyrrole ring in its molecular structure, NMP is prone to hydrolysis in an alkaline environment. NMP can be oxidized by hydroxyl in the water phase to generate 66 products, of which 24 can be identified. NMP undergoes a hydrolysis reaction in an acidic environment with water to generate 4-methylaminobutyric acid, which is further decomposed into succinic acid semiamide.

And it has high thermal stability. In the absence of water and air, the decomposition temperature is about 350°C. Although the color of NMP turns yellow at 200°C, it does not affect its use. When NMP encounters air and water during use, it is prone to decomposition reaction. In the presence of oxygen and water at the same time, NMP can undergo hydrolysis and oxidation reactions at a low temperature of about 120-200°C.

Because NMP is a solvent with very strong dissolving power, it is widely used as an extractant. It can be used to recover natural gas and light naphtha cracking. The generated gas contains acetylene, which can increase the purity of acetylene to 99.7%; it can be used to recover naphtha. The butadiene and butadiene contained in the C4 fraction of ethylene by-product produced by high-temperature pyrolysis of oil; the isoprene contained in the C5 fraction has a purity of 99%; it is also used for recovery from the benzene fraction of cracked gas oil, petroleum or coal tar Aromatics, the recovery rate is about 96% to 99.6%.

The PVC tail gas contains a considerable amount of vinyl chloride, which will cause environmental pollution and waste resources. NMP can be used to absorb the vinyl chloride in the PVC tail gas, and the effect is very good. NMP can also be used to adsorb acid gases such as CO2 and H2S in synthesis gas and natural gas to purify the gas and achieve the purpose of refining.

The refining experiment of Daqing distillate lubricating oil was carried out with NMP, phenol and furfural. The results show that the solubility and selectivity of NMP are better than those of phenol and furfural; the yield is about 5% higher than that of phenol, which is equivalent to furfural; the solvent ratio is 9% lower than that of phenol and 14% lower than furfural; NMP refined oil also has better performance. Antioxidant. Using NMP as the solvent, the Lanzhou Refining and Chemical General Plant's reduced-line distillate oil and Iran's reduced-line third-line undewaxed lubricating oil distillate were refined, and the refining process conditions were optimized. Using NMP to refine lubricating oil has safe operation, low loss, good product performance, and good application prospects.

NMP can be used as a resin processing solvent to manufacture vinyl coatings, floor paints, varnishes and composite coatings. NMP can also be used as a solvent for polymerization reactions, such as the synthesis of polyphenylene sulfide and polyimide using NMP as a solvent. Polyphenylene sulfide (PPS) is a new type of polymer engineering plastic, which has excellent heat resistance, flame retardancy, insulation, high strength and hardness, good dimensional stability of the product, and can be used in a variety of moldings. The method is used for processing, and it can be precisely formed, and it has a wide range of uses.

Under the action of catalyst NaCO3, p-dichlorobenzene (P-DCB) and dehydrated sodium sulfide were reacted in NMP solvent at about 230 ℃ under normal pressure for 8 h to synthesize polyphenylene sulfide. Polyimide is a kind of polymer with imide ring as its characteristic structure. This type of polymer has outstanding heat resistance, excellent mechanical properties, electrical properties and stable performance. Its various products such as films, adhesives, coatings, laminates and molding compounds have been widely used in many fields such as aerospace, electronics and electrical engineering, automobiles, and precision instruments. After benzene carboxylic dianhydride and diamine are reacted to produce polyamide compounds, the polyimide can be obtained by cyclization reaction in NMP solvent under the reaction conditions below 50 ℃.

NMP can be used as a cleaning agent for ultrasonic cleaning of precision machinery and optical instruments. It can also be used in the production of fine chemicals such as lithium-ion battery manufacturing, pharmaceuticals, pesticides, dyes, and coatings.