Argireline is made up of chains of amino acids. Such chains can affect how our cells work, e.g. relaxing our face muscles. It is derived from the peptide Acetyl hexapeptide-3, a substrate of Botulinum toxin, or more commonly known as Botox.

Botox is a common, anti-wrinkle treatment which is applied using a needle. You may achieve the same anti-aging results with products which contain Argireline. Argireline can help prevent the formation of wrinkles by inhibiting muscle movement in the face. Because of this, Argireline cream is sometimes known as “Botox in a jar.”

Uses
Argireline is an anti-wrinkle peptide. Synthetically produced and considered to be highly effective, clinical studies indicate it can reduce the depth of existing wrinkles. May be incorporated into products marketed as having a topical-BoToX. or “wrinkle-erasing” effect.
benefits
Acetyl Hexapeptide-8 is effectivly reduce various kind of facial wrinkles;Replenish the collagen and polysaccharide, repairthe skin.Winkey patented productin China.It is recommended dosage is 3~10%.
Clinical claims and research
Argireline is a synthetic oligopeptide that emulates the sequence of SNAP-25, a type of SNARE. It has significant skin permeation, interferes with the SNARE ternary complex, and has demonstrated interference with catecholamine release from chromaffin cells. Topical use of 10% argireline resulted in a reduced depth and roughness of periorbital wrinkles in 10 healthy women. One study on 14 volunteers showed that 5% argireline reduced periorbital wrinkles by 32% in 28 days. Most recently, argireline’s efficacy has been measured in 60 Chinese women from a randomized control trial. Its total efficacy was 48.9% compared to 0% in the placebo group, and resulted in significantly decreased wrinkle roughness. 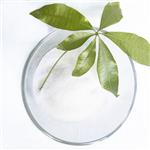 The correlational research of ArgirelineAug 26，2019