General Description
Potassium tetrapyro phosphate is a whitish-colored powdered solid dissolved in an organic solvent. POTASSIUM TETRAPYRO PHOSPHATE SOLUTION (TOXIC LIQUID, INORGANIC, N.O.S.)(7320-34-5) may be toxic by ingestion. Contact with the substance should be avoided. The solvent may be flammable.
Reactivity Profile
Salts, basic, such as POTASSIUM TETRAPYRO PHOSPHATE, are generally soluble in water. The resulting solutions contain moderate concentrations of hydroxide ions and have pH's greater than 7.0. They react as bases to neutralize acids. These neutralizations generate heat, but less or far less than is generated by neutralization of the bases in reactivity group 10 (Bases) and the neutralization of amines. They usually do not react as either oxidizing agents or reducing agents but such behavior is not impossible.
Air & Water Reactions
Soluble in water.
Health Hazard
Highly toxic, may be fatal if inhaled, swallowed or absorbed through skin. Avoid any skin contact. Effects of contact or inhalation may be delayed. Fire may produce irritating, corrosive and/or toxic gases. Runoff from fire control or dilution water may be corrosive and/or toxic and cause pollution.
Fire Hazard
Non-combustible, substance itself does not burn but may decompose upon heating to produce corrosive and/or toxic fumes. Containers may explode when heated. Runoff may pollute waterways.

Product description
Potassium pyrophosphate, also known as tetra-sodium pyrophosphate, is made from the melting of di-potassium phosphate which causing it loss of one water molecule. At room temperature, it is as a white crystalline powder or granules and has a strong moisture absorption capability in air and is easily soluble in water but insoluble in ethanol. Its aqueous solution is alkaline and has effect on inhibition of food spoilage and fermentation. The pH of 1% aqueous solution is about 10.5. At about 25 ℃, the solubility of potassium pyrophosphate in 100g of water is 187g. It is hydrolyzed into potassium phosphate in acid or alkaline solution and can form a viscous-like slurry body when being mixed with water. It is mostly used in combination with other condensed phosphates, such as for the preparation of adhesive of ham and sausage in the ratio of 10% potassium pyrophosphate, 10% sodium pyrophosphate, 30% potassium polyphosphate, 30% sodium polyphosphate and 20% sodium metaphosphate. It is commonly used for preventing the generation of struvite in canned fish, preventing the discoloration of canned fruit, increasing the swelling degree of ice cream, the extracting amount of the raw materials of coffee as well as the yield of ham and sausage, enhancing the water holding capacity of fish, improving the taste and yield of noodles, and preventing the aging of cheese. In order to strengthen and smooth the plating layer, the formulation of industrial production of the plating solution is often very complicated. It is previously often applied to cyanide as the complexing agent cyanide for preparing plating solution. However, because of the high toxicity of CN-, it does severe harm to the health of electroplating worker. Moreover, the discharge of CN-of sewage, waste gas also seriously contaminates the environment. So it is currently mainly applied of non-cyanide plating with the complexing agent replacing cyanide being potassium pyrophosphate. 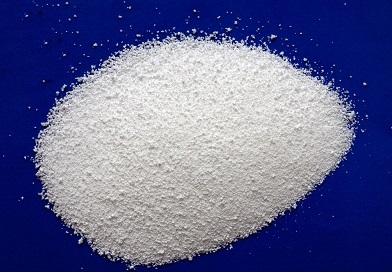