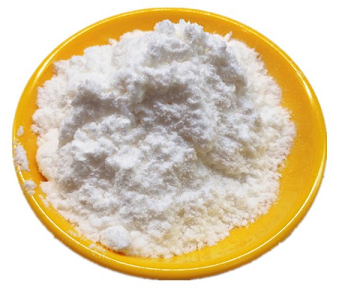 In anesthetized patients, the strength of producing muscle relaxation effect of Rocuronium bromide is 6-8 times weaker than that of vecuronium and atracurium 6-8 times but with a more rapid onset. This product is usually injected at a dose of 0.5~0.9mg/kg with producing a valid trachea inset effect within 1 minute and having a duration of action similar as vecuronium and atracurium. Compared with succinylcholine, this product has a relatively rapid onset as well as a significantly prolonged clinical duration of action.

Neuromuscular junction includes motor nerve terminals and motor endplates. Under physiological conditions, when the transmission of nerve impulses to the motor nerve terminals, causing the fusion of vesicle located at motor nerve terminal with the nerve membrane and further discharge of acetylcholine in the vesicular. After leaving the nerve terminal, acetylcholine binds to the acetylcholine receptors located at motor endplate, causing the open of ion channels, and the influx of Na+, resulting in the depolarization of muscle cell, further triggering muscle contraction. According to the difference of muscle relaxants’ nerve impulse disturbances on neuromuscular binding regions, the muscle relaxants are classified into depolarizing muscle relaxants and non-depolarizing muscle relaxants.
Rocuronium bromide is a kind of non-depolarizing neuromuscular blocking agents with a similar chemical structure as vecuronium and pancuronium. Being similar as other non-depolarizing drugs, it competitively binds to the cholinergic receptor located in the motor nerve terminals for antagonism of acetylcholine. This medicine is fast-acting, but acts more slowly than succinylcholine with a big range of safety. It has a long duration of action and is in dose-dependent manner. Among the non-depolarizing neuromuscular blocking agents, Rocuronium bromide has a most rapid onset with providing an excellent condition for the cannula after intravenous injection for as short as 60 s whose onset time is a bit longer than succinylcholine though, but is two times as fast as vecuronium and tracrium. Therefore, for the inner rapid intubation, Rocuronium bromide is a good alternative to succinylcholine. However, succinylcholine has a short duration (typically less than 10min) which is much shorter than this product which can last for at least 30min. In this perspective, vecuronium tracrium is similar as atracurium. Compared with other muscle relaxants, the inhibition effect of Rocuronium bromide on motor nerve terminal is weaker than that of d-tubocurarine chloride and pancuronium, but similar as vecuronium. Intravenous anesthesia does not affect the neuromuscular blocking effect of the product nor influence the process.
The median effective dose for children (ED50) and 95% effective doses are 170, 303μg/kg, respectively. After injection of the product for 600μg/kg, the onset time of 90% and 100% neuromuscular blocking are 0.8 and 1.3min, respectively. 25% recovery of neuromuscular conduction requires a time of 27min. Elderly patients (over 70 years) has a similar onset time with young people, but has a prolonged reaction time, a reduced plasma clearance rate and volume of distribution. Kidney transplant patients with renal failure have a longer volume of distribution and elimination half-life for this product than normal person. But there have been no evidences of prolonged intramuscular nerve blocking effect. For the neuromuscular blockage onset time of intravenous injection of this product for 0.6mg/kg, it is longer for patients suffering liver cirrhosis than normal patients (158s ± 56s to 108s ± 36s) with the elimination half-life being 97min ± 37min and 88min ± 18min, respectively.

It was designed to be a weaker antagonist at the neuromuscular junction than pancuronium; hence its monoquaternary structure and its having an allyl group and a pyrrolidine group attached to the D ring quaternary nitrogen atom. Rocuronium has a rapid onset and intermediate duration of action.
There is considered to be a risk of allergic reaction to the drug in some patients (particularly those with asthma), but a similar incidence of allergic reactions has been observed by using other members of the same drug class (non-depolarizing neuromuscular blocking drugs).
The γ-cyclodextrin derivative sugammadex (trade name Bridion) has been recently introduced as a novel agent to reverse the action of rocuronium.Sugammadex has been in use since 2009 in many European countries; however, it was turned down for approval twice by the US FDA due to concerns over allergic reactions and bleeding,but finally approved the medication for use during surgical procedures in the United States on December 15, 2015. Neostigmine can also be used as a reversal agent of rocuronium but is not as effective as sugammadex. Neostigmine is often still used due to its low cost compared with sugammadex.


Pharmacokinetics
After intravenous injection, the relation of plasma concentration-time exhibits three indices with the average distribution half-life of 73 (66 to 80) minutes, the steady-state volume of distribution of 203 (119~214) mL/kg, plasma clearance rate being 3.9 (± 1.3) mL/kg/min. A comparative study shows that the elderly people and patients suffering liver disease or renal insufficiency have a decreased plasma clearance rate, but the change in most studies has no statistically significance. It has reported that some patients with liver disease have an average elimination half-life being prolonged for about 30 minutes. This product is mainly eliminated through biliary excretion. Within several hours, 30% to 40% of the administrated drug is excreted as prototype through the bile.
Indications
Rocuronium bromide belongs to an adjuvant drug for general anesthesia used for tracheal intubation during routine induction of anesthesia for the maintenance of muscle relaxation of surgery.
Precautions
This product can lead to respiratory paralysis. Thereby, the patient applied with this drug should apply artificial respiratory support before the full restoration of self-respiratory capability. Because this product is always applied simultaneously with other drugs, even without the existence of known induced-drug during anesthesia, malignant hyperthermia can still occur. Therefore, the clinicians should be familiar with its early signs and be able to accurately diagnose and treat malignant hyperthermia before any kinds of anesthesia. Animal studies have demonstrated that Rocuronium bromide is not a predisposing factor for malignant hyperthermia.
The above information is edited by the Chemicalbook of Dai Xiongfeng.
Production methods
(2α, 3α, 5α, 16α, 17β)-2,3,16,17-diglycidyl androst-17-ol acetate (I) is refluxed together with aqueous solution of pyrrolidine for 1h, resulting in 17-ketone (II ) and sodium borohydride; stir them together in methanol and perform reduction reaction to give compound (III); reflux together with morphine solution for 3d to obtain compound (IV). Partially acetylated, and then reacted with allyl bromide to obtain the product.
Non-depolarizing muscle relaxants

Rocuronium bromide, together with pancuronium, vecuronium, atracurium, and pipecuronium are current commonly used several kinds of clinically non-depolarizing muscle relaxants with Rocuronium bromide having the fastest onset which can provide the ideal conditions of muscle relaxant within 60~90 s. The binding between non-depolarizing muscle relaxants with motor endplate cholinergic receptor will not change the membrane potential of the motion endplate, but instead hinder the binding between acetylcholine and its receptors, and making muscle relaxation occur. The muscle relaxant drugs in the event before, unlike depolarizing muscle relaxants, won’t lead to muscle twitching caused by the contraction of muscle fiber bundles before the occurrence of muscle relaxation.
Rocuronium bromide is the derivative of vecuronium, and they have similar role. However, the strength of Rocuronium bromide is only one seventh of that of vecuronium. Intravenous injection of it has a rapid onset, with the cannula can be carried out within 60 to 90 seconds and the action being lasted as long as 30 to 40 minutes. It has no significant effect on vegetation nervous and cardiovascular, but can reduce the intraocular pressure. It has no histamine release effect and sympathetic ganglion blocking effect. It is commonly used in clinical tracheal intubation, can also be used for the maintenance of muscle relaxation in various kinds of surgeries. When being applied to cannula, use a single injection of 0.6mg/kg and a maintenance dose of 0.15mg/kg. This product can have cross-allergic reaction with other muscle relaxants, and thus should be used with caution. Patients of liver and kidney dysfunction and the elderly people should use with caution.

Description
Rocuronium bromide is a short-acting nondepolarizing steroidal neuromuscular blocker introduced in the U.S.A as Zemuron and in the United Kingdom as Esmeron. k is indicated for use as an adjunct to general anesthesia to facilitate endotracheal intubation and to provide skeletal muscle relaxation during surgery or mechanical ventilation. Rocuroniurn bromide has a significantly more rapid onset than other intermediate acting neuromuscular blockers, comparable to succinylcholine but with a very stable cardiovascular profile and has an improved side effect profile. It has been reported that good to excellent intubation conditions were achieved only one minute after a bolus dose of 600μg/kg of rocuronium bromide. It has a short duration of action, therefore, is useful for rapid sequence intubation without unacceptable delays in the spontaneous recovery of neuromuscular function.
Originator
Organon (Netherlands)
Definition
ChEBI: The organic bromide salt of a 5alpha androstane compound having 3alpha-hydroxy-, 17beta-acetoxy-, 2beta-morpholino- and 16beta-N-allyllyrrolidinium subs ituents.
Brand name
Zemuron (Organon).
Biological Functions
Rocuronium bromide (Zemuron) is a recently approved amino steroid neuromuscular blocking agent. It has a rapid onset of action (1 minute), but its duration of action is intermediate (55 minutes), about that of vecuronium. On rare occasions, it may release histamine and cause cardiac irregularities. Rapacuronium bromide (Raplon) is the most recent neuromuscular blocking agent approved by the United States Food and Drug Administration (FDA). It is an analogue of vecuronium and is thus categorized as an amino steroid. It has a rapid onset of action (1.5 minutes) and a short to intermediate duration of action (20 minutes).This makes it a suitable alternative to mivacurium or succinylcholine for short procedures. It is eliminated mainly by the liver.Adverse effects are dose dependent; they include tachycardia, hypotension, and bronchospasm. These effects may be related to the ability of the drug to release a small amount of histamine.